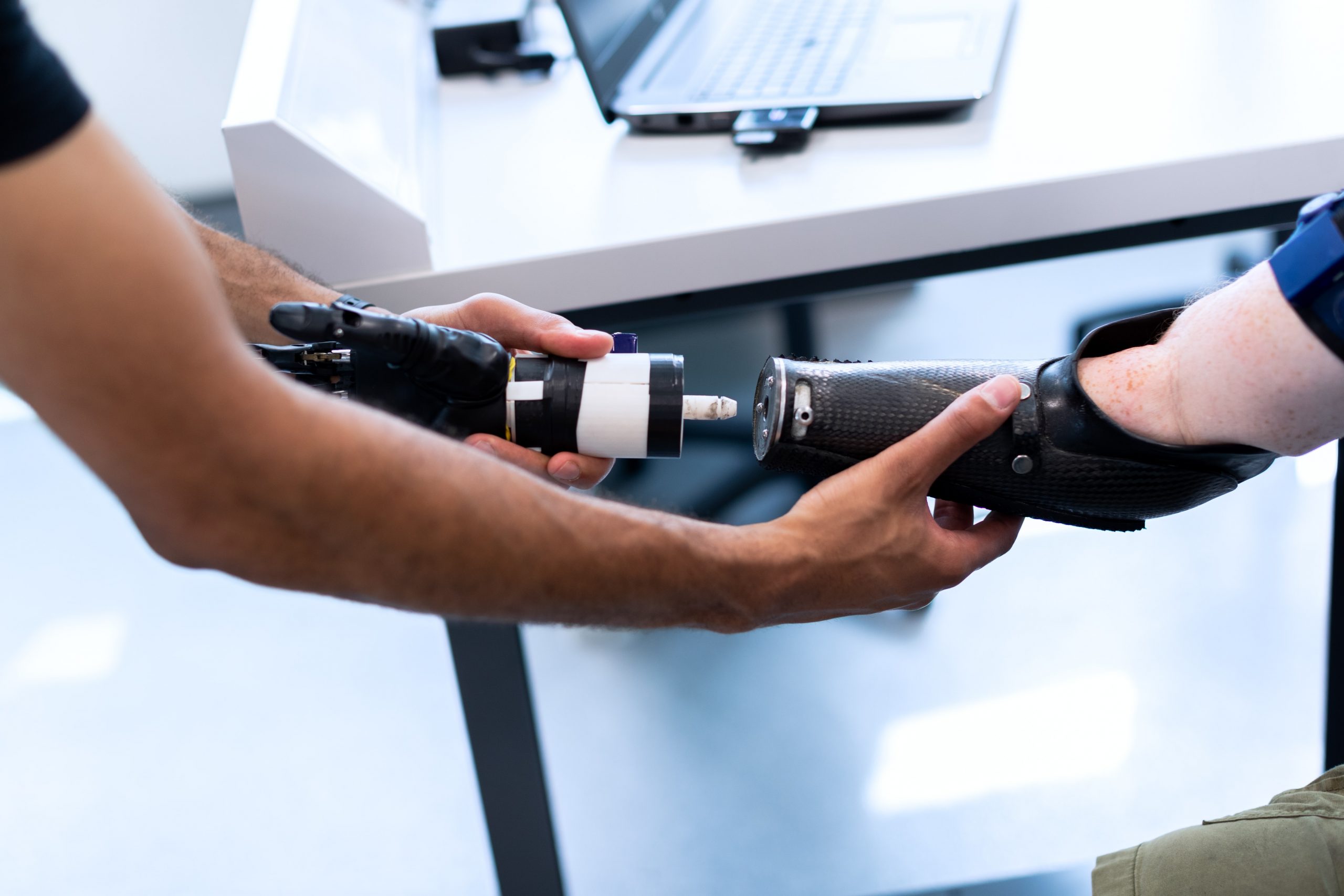 Hebei University of Technology and other Chinese institutes have designed a system for commanding robotic arms that utilizes augmented reality (AR) and a brain-computer interface. Such breakthroughs in robotics have the potential to drastically improve the quality of life for those with motor impairments or physical limitations. The system, which was published in the Journal of Neural Engineering, could help in developing prosthetics that are easier for users to control.

Through this project, the researchers aim to promote the lightweight and practicality of brain-controlled robotic arms, as mentioned by one of the researchers, Zhiguo Luo.

The system that Luo and his team developed integrates AR technology, combining a traditional method for controlling robotic limbs known as asynchronous control with an enhanced version of their surroundings including digital elements and a brain-controlled interface. Users will eventually be able to have greater control over robotic arms, improving the precision and efficiency of the resultant motions.

Asynchronous control methods, inspired by how the human brain works, try to replicate its ability to alternate between working and idle states.

More On How it Works

Luo explains that the system is initialized to the idle state whenever a user starts using the robotic arm device. When the control command crosses the subject’s mind, the subject can use the state switching interface to switch the system to a working state.

After the system is activated, users can simply pick the control instructions for the motions they want to do, and the system sends them to the robotic arm they are wearing. When the robotic arm gets these commands, it simply executes the requested movements or tasks. When the task is finished, the machine immediately returns to an idle state.

He also mentions that a unique feature of the system for data processing is the effective combination of AR-BCI, asynchronous control, and an adaptive stimulus time adjustment technique. Which makes the system more flexible and easier to control.

In a series of studies, the researchers assessed their technology and obtained incredibly positive outcomes. Most significantly, they discovered that their technology allows users to accomplish the actions they desire using a robotic arm with a 94.97 percent accuracy. Overall, their findings indicate that their approach enhances the efficiency with which users handle robotic arms while simultaneously lowering visual fatigue.

So far, the system has only been tested on users with no motor impairments or disabilities. However, the team hopes to analyze it in the near future in partnership with elderly or physically disabled users to further investigate its potential and application.

In the future, the approach could help to enhance the performance of both existing and newly developed robotic arms. This might make it easier to apply these systems in both hospital settings and aged care facilities, allowing patients and visitors to engage in parts of their daily tasks autonomously and thereby improving their quality of life.