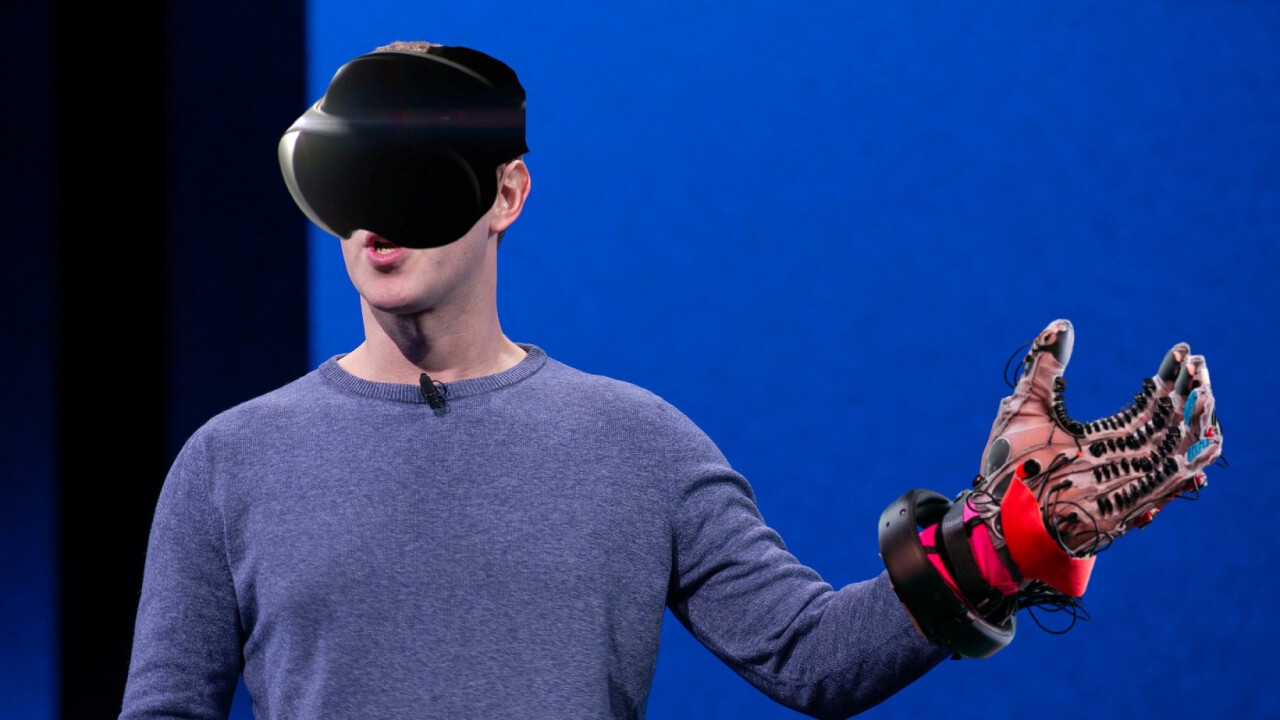 After Facebook rebranded itself to Meta, it has become fully committed to building a metaverse. In order to achieve this, it seems they’ll need to launch multiple groundbreaking inventions. Meta has already shown off some ideas and projects that are in this category.

Here’s a list of inventions we’ve seen so far:

Within all of its prototype devices are gloves with haptic feedback for VR. These gloves serve to make the user “feel” grabbing an object or running your hand along a surface in the virtual world.

Meta’s engineers have places newly designed soft actuators to achieve this. The actuators are soft motors all over the glove that moves to generate physical sensations when the user is wearing the gloves.

The gloves also contain a microfluid chip, which helps control airflow to move the actuators. Meta says that this technology will create a sensation in the user’s hand based on the virtual object’s texture, weight and stiffness. So in theory, the user should be able to feel the difference when picking up a feather and a metal ball in the virtual world.

The company says that it’s engineers have been working on these gloves for more than seven years. However, they are not ready for consumer release yet.

Another key pieces of stepping into the metaverse is a headset. Even though Facebook already has a popular product in Oculus Quest 2, it has already expressed its intention of launching a more powerful device.

The new headset, codenamed Project Cambria will be a high-end device with a price tag to match. Reports have suggested that this might be the rumors Oculus Pro with a powerful processor, high-resolution screen and improved hand tracking.

Mark Zuckerberg mentioned last month that the company has plans to unveil this headset in 2022.

Meta isn’t only focusing on making its users “feel” objects in the virtual world. They are also working on making robots feel through artificial skin.

Reskin is said to be capable of detecting forces as low as 0.1 newtons from objects that are 1mm wide. This makes it an ideal material for robot hands, tactile gloves, or arm sleeves.

This artificial skin relied on magnetic signals instead of an electrical connection so that only detecting electronics have to be near the surface. Meta said that it costs them around $6 each to produce 100 units, and the price point could get cheaper if the company mass produces it. This makes it easier to replace faulty or worn-out patches.

More about Reskin can be found here

VR and MR headsets are the first frontiers of the metaverse, but every company wants to be a part of a future that has sleek AR glasses.

Apart from the glasses, a controller of some kind will also be needed to interact with objects in AR. Meta showed off in March wrist-based bands that detect hand movements. These concept wristbands use electromyography (EMG) to detect electric signals generated by wrist movements and translate them into commands.

Initially this technology will detect gestures such as pinching of fingers and releasing them. The company claimed that the tech can detect signals even when your fingers have moved a millimeter. That could be useful to develop an algorithm that works just on the intention of the movement.

For example, the AR glasses can project a keyboard on any flat surface, and with the help of the wristbands, it can detect all of the user’s keystrokes.

In its demo, Meta highlighted two prototypes named Bellowband and Tasbi (Tactile and Squeeze Bracelet Interface). Bellowband uses eight pneumatic bellows to control the air within them and generate haptic sensations. Tasbi, on the other hand uses six actuators and a unique wrist squeeze mechanism.

Meta tested these bands in different scenarios such as pressing virtual button or feeling the texture of different surfaces. The company also wants to use haptics to give users feedback on the exercises they are performing, like pulling a virtual arrow correctly with a virtual bow.

This year, consumers got to learn more about thais ‘sensor platform’, thanks to a report by Protocol. These glasses don’t have any head-mounted display.

It is said to have four cameras and three buttons for power, capture, and mute.

As of now, this is all we know about Meta’s device strategy for the metaverse. There are some gadgets that are expected to arrive next year, such as the Project Cambria headset, but other stuff, such as haptic gloves, might take a few years.

Earlier this year, the company dedicated $10 billion to developing metaverse hardware and software. Therefore, don’t be too surprised if we see more of these crazy (or creepy) prototypes in the near future

Source: The Next Web (TNW)