YouTuber made a torch based on a recipe in Minecraft 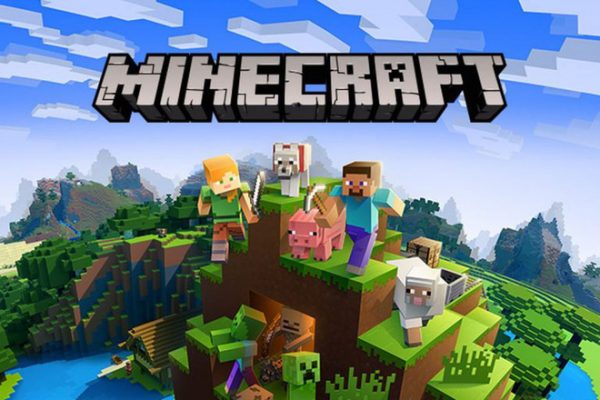 Minecraft is a very familiar name to the world gaming community. With creative gameplay, a combination of adventure – survival – construction, this game has quickly attracted a large number of fans of different ages during the past decade. According to Digital Trends statistics, as of March 2021, Minecraft has sold more than 200 million copies on platforms such as PC, console and mobile, and is currently ranked 2nd on the list of the most popular games of all time. great, after Tetris.

One of the most attractive points that Minecraft brings is the ability to mine and collect minerals in the large open world to craft the necessary items for the player’s survival journey. With more than 250 different recipes, a true Minecraft gamer will probably have to “burn” a lot of time for this game to get the most complete and epic collection of items.

In particular, the most basic and important item is probably the torch, made with the formula: 1 firewood + 1 coal/charcoal. Regardless of whether you’ve played to any stage of the game, this is still an extremely necessary item, both to help gamers illuminate dark caves or light up fortresses they built; both can be scattered on the road to mark the way back on long journeys.

However, in reality, does Minecraft’s torch recipe really work? YouTuber Louis Weisz conducted an experiment to give the most correct answer. It should be noted that this project is only considered successful when it fully meets the following criteria: The materials used must be found, or can be crafted in the Minecraft world; torches are lit only by friction ignition, not matches or lighters; and finally it has to burn continuously for a long time, not just flash a little and then go out.

Initially, Weisz experimented by burning coal and charcoal directly – 2 ingredients in Minecraft’s torch recipe. The obtained results show that coal only produces a large amount of heat, but does not ignite, and charcoal is slightly better, but it only burns faintly and cannot be maintained for a long time. This caused our YouTuber to redirect research, create a better fuel from charcoal itself, and still comply with the regulations on materials in the Minecraft world.

Specifically, what is the compound that Weisz has created, and whether he has succeeded in bringing the Minecraft torch to life, please watch the video below.

There are opinions that this is actually just a large match with the same design and mechanism of action as the small version. However, the impressive point of Louis Weisz’s test is that every material he uses can be found or crafted in Minecraft. Even fuels must be thoroughly studied to find a solution that satisfies this condition. That’s why his seemingly unremarkable “giant matchstick” attracted nearly 2 million views on YouTube after more than half a year of posting .

Building adaptability for students by IT training